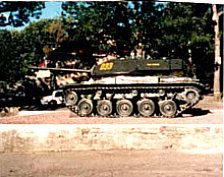 WELCOME TO THE MARINE CORPS LEAGUE MUSEUM..... A PICTORIAL WALK INTO THE HISTORY OF THE "UNITED STATES MARINES" IS FEATURED HERE OF DIFFERENT ERAS. OR COME VISIT US AT OUR LOCATION IN SCRANTON,PA.......COME BACK OFTEN FOR A VISIT , WE ARE FOREVER ADDING NEW ARTIFACTS TO YOUR MUSEUM...SEMPER FI 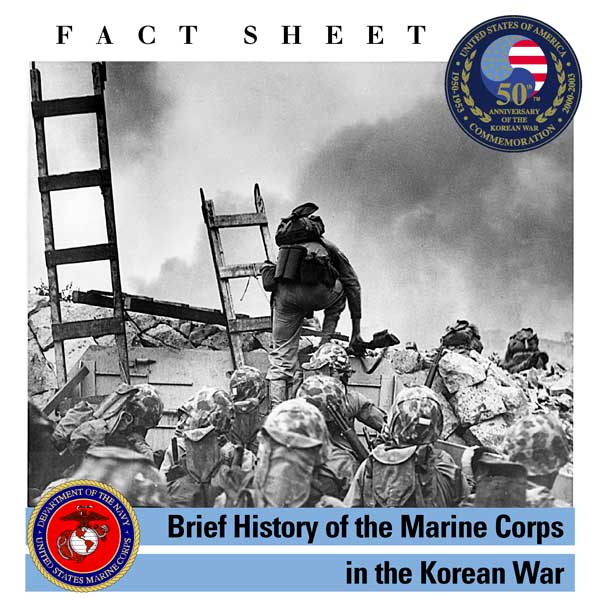 Photo Caption: First Lieutenant Baldomero Lopez, United States Marine Corps, scales the sea wall at Red Beach during the Inchon Landing, Sept. 15, 1950. Minutes after this photo was taken, Lopez sacrificed his life to save his own men and earned the Medal of Honor.

On June 25, 1950, eight divisions of the North Korean People's Army, equipped with Soviet tanks, mobile artillery and supporting aircraft, crossed the 38th parallel and invaded the Republic of Korea. On June 27, the United Nations (U.N.) Security Council proclaimed the North Korean attack a breach of world peace and requested member nations to assist the Republic of Korea.

On June 30, President Harry S. Truman ordered a naval blockade of the Korean coast and authorized the Commander in Chief Far East, General of the Army Douglas A. MacArthur, to send U.S. ground troops into Korea. On July 2, MacArthur recommended that a Marine Corps regimental combat team be deployed to the Far East. The Joint Chiefs of Staff approved his request the following day.

On July 7, the 1st Provisional Marine Brigade was activated at Marine Corps Base Camp Pendleton, Calif. The core of the ground element was the 5th Marines, while Marine Aircraft Group 33 made up the air element of the brigade. Just five days after its activation, the 1st Provisional Marine Brigade, with a strength of over 6,500, sailed from San Diego en route to Pusan, Korea.

The first elements of the brigade came ashore at Pusan on Aug. 2. The next day, the first Marine aviation mission against North Korea was flown from the USS Sicily (CVE-118) by gull-winged Corsairs of Marine Corps Fighter Squadron 214 (VMF-214) in a raid against North Korean installations. They were subsequently joined by Marine Fighter Squadron 323 (VMF-323), flying from the USS Badoeng Strait (CVE-116). The two squadrons harassed enemy positions and installations near the city of Seoul and close to both the 38th parallel and North Korean Army supply lines. The 1st Marine Division spearheaded the assault. The attacking force had to navigate a narrow channel with swift currents and horrendous tidal changes, while dodging islands and potential